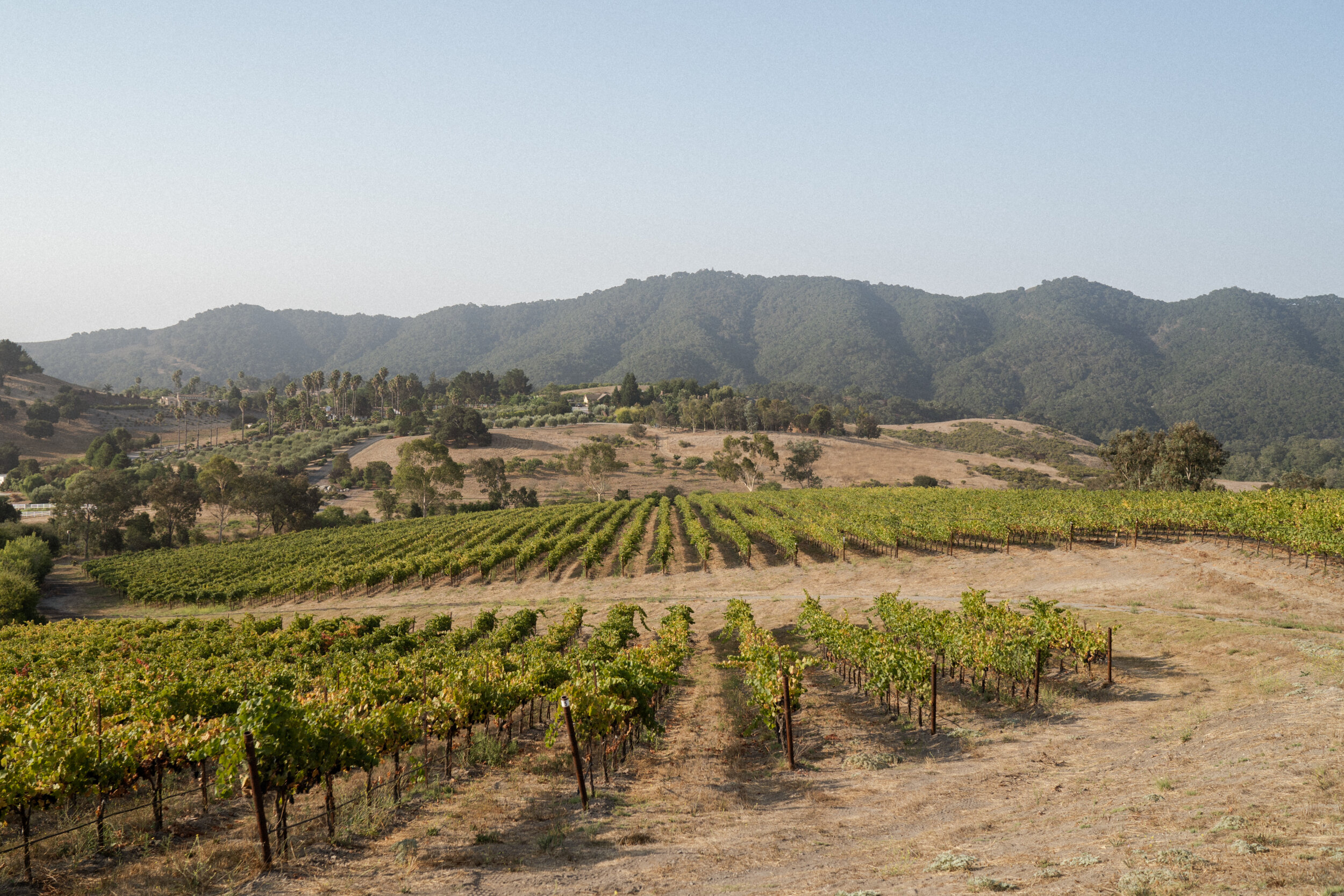 Scar of the Sea is owned and operated by husband and wife winemaking duo, Mikey & Gina Giugni, out of San Luis Obispo, California. The winery produces Chardonnay, Pinot Noir, Grenache and Syrah from coastal vineyard sites, including sparkling wines and apple ciders utilizing both Méthode Ancestral (aka Petillant Naturel) and Méthode Champenoise production methods.  Mikey, age 29, was named “40 Under 40 Tastemaker” by Wine Enthusiast and has already shown major influence in the Central Coast beverage industry.

The winery was established in 2012 at the Bien Nacido Vineyard in Santa Maria by Mikey Giugni and Michael Brughelli, the vineyard manager for the Bien Nacido Vineyard. 2012 was the height of “In Pursuit of Balance” which often meant low alcohol and high acidity in California Pinot Noir and Chardonnay. That conversation, a rebuke to the fruit-forward style that had dominated California wines in the preceding decades, was energizing for Brughelli and Giugni. Suddenly there was a wider audience for the kind of wine they wanted to make, and the kind of wine that Santa Maria could give. In early 2020 Mikey and Michael decided to amicably part ways as business partners, as Michael Brughelli went on to pursue his own winery project.

Giugni discovered the name “Scar of the Sea” from a happy malapropism. In Tasmania, he took a photo of the facade of a church called Star of the Sea, whose antiquated lettering made the “t” look like a “c.” He thought it sounded cool, and having an immense love for the sea the name stuck despite the misspelling.

Mikey and Gina love the Central Coast because it offers them the opportunity to live, work, and play by the sea. Not only do they love the sea and all the activities it provides, it is an influencing factor to the vineyards they work with ranging along the California coast from Rancho Cucamonga to the Santa Cruz Mountains. The ocean’s presence has shaped their way of life along with the climate, soils, and geology of the coastal vineyards they work with that fall under the spell of ocean fog each day. The focus is on organic, biodynamic, and sustainable practices, including the use of low sulfur, neutral barrels, no added enzymes resulting in the production of low-intervention wines.

Scar of the Sea offers on average 2,400 cases of still wine, 233 cases of sparkling and 400 cases of cider yearly. Mikey and Gina focus on partnering with growers who are instrumental in farming for the future and making wines with as little intervention as possible. Scar of the Sea wines are intended to tell a story of where they come from, the people who farm them, and reflect each vintage under the California sun. The Giugni’s believe this cool climate produces elegant wines that achieve deep flavors at high acidity and low alcohol levels.

The majority of their grapes come from the Santa Maria Valley including such vineyard sites as Rancho Ontiveros, Rancho Viñedo, Rancho Sisquoc, Presqu’ile Vineyard, Solomon Hills, and Bien Nacido Vineyard.

Scar of the Sea is currently offering private tasting flights by appointment only (can reserve online or by phone).
271 Tank Farm Rd., San Luis Obispo, CA, 93401

Scar of the Sea is owned and operated by husband and wife winemaking duo, Mikey & Gina Giugni,

Representing small Estate wineries like Balletto is precisely what we specialize in doing. While w